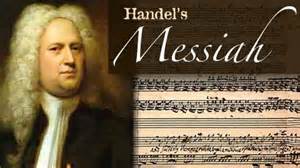 Arguably the most famous of all choral works, George Frideric Handel’s Messiah with scriptural text compiled by Charles Jennens taken from the King James Bible, debuted in Dublin, Ireland in 1742.

Handel’s Messiah then had its English debut in London nearly a year later.  The popularity of the piece grew with subsequent performances set as charitable benefit concerts for organizations such as the Foundling Hospital (known today as the Thomas Coram Foundation, dedicated to the service ofunderprivileged children).  As the piece grew in musical renown it developed into larger orchestrations set with bigger and bigger choirs, frequently celebrated during Christmas, as well as Lent and Easter.¹

Tulsa Oratorio Chorus and instrumentalists from the Tulsa Symphony Orchestra will present selected movements of G.F. Handel’s signature work, Messiah, on Thursday, December 19, 2013, at 7:30 pm at the Lorton Performance Center on the campus of the University of Tulsa. Performing as vocal soloists are soprano Meray Boustani, and tenor Kim Childs. TOC Artistic Director, Tim Sharp, will conduct the performance.

Messiah has become a seasonal choral staple, including favorite moments such as “For Unto Us a Child is Born”, “Every Valley”, “Worthy is the Lamb”, and the great “Hallelujah” chorus. The 150 voice chorus and orchestra will present selected movements from this master work, placed in performance order for a new hearing of the piece.

Purchase Tickets for the “Messiah”