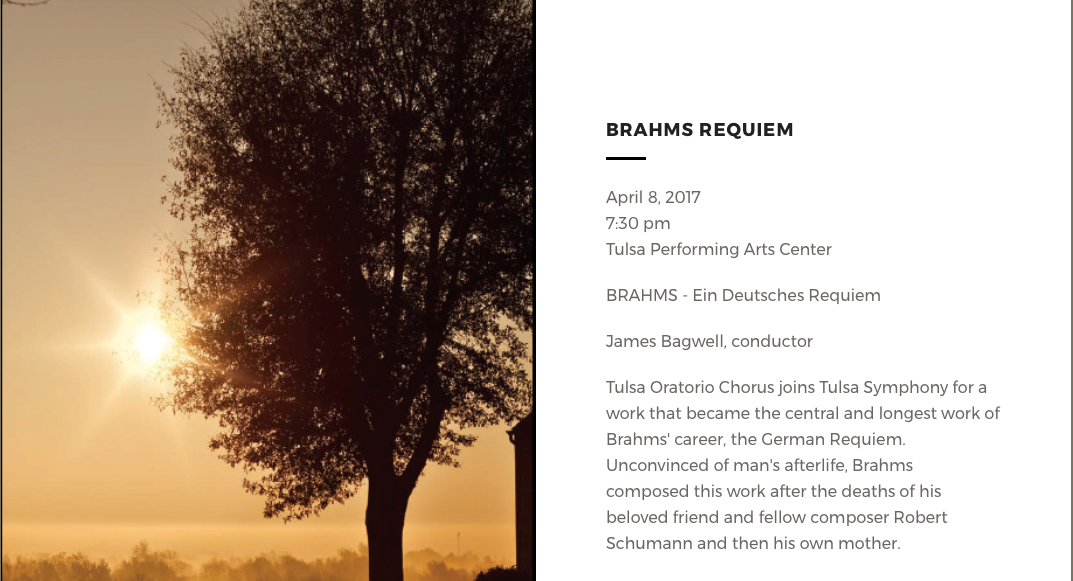 Click here to purchase tickets for this exciting event!

Tulsa Oratorio Chorus joins Tulsa Symphony on a work that became the central and longest work of Brahms’ career, the German Requiem. Unconvinced of man’s afterlife, Brahms composed this work after the deaths of his beloved friend and fellow composer Robert Schumann and then his own mother. Ein Deutsches Requiem was not intended as a mass for the dead as his contemporaries and earlier composers had written, but instead as a work of consolation for those left behind.