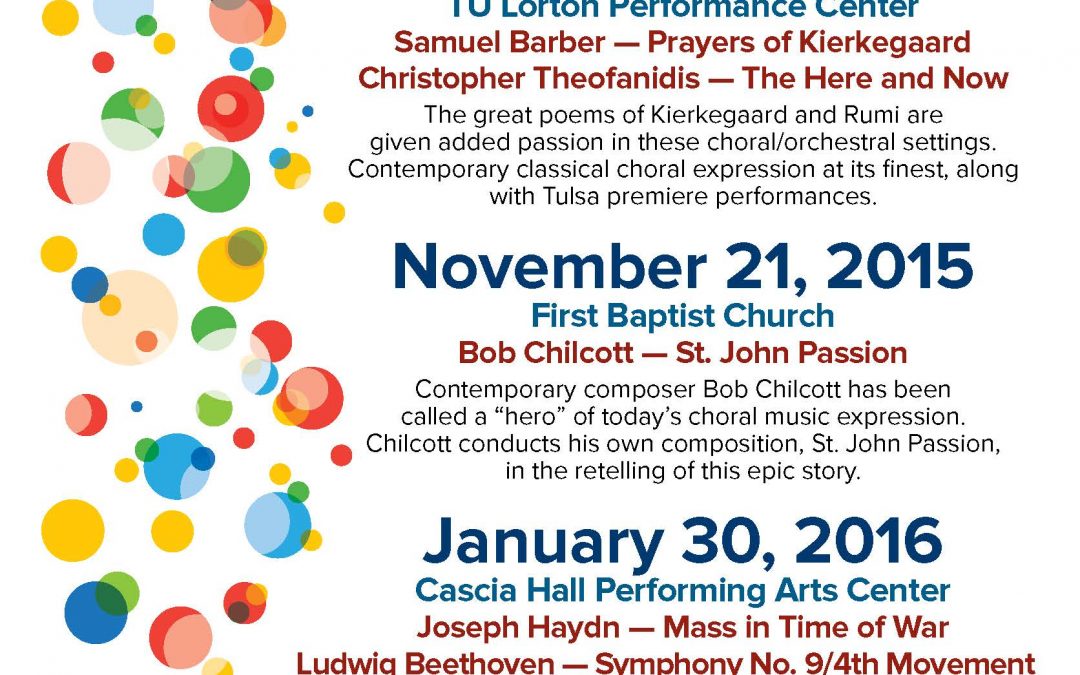 Timeless classical choral masterworks that continue to speak to the drama of the human spirit, and the urgency for inner and outer peace.

In 1796, Joseph Haydn composed what would be one of his most innovative compositions, his Missa in tempore belli, or Mass in Time of War. The work is often called the Paukenmesse, or the Kettle Drum Mass, due to his introduction of timpani into a genre that heretofore had excluded drums. In addition, for the first time in his sacred music, Haydn scored the work for clarinets, creating the richest orchestration of any of his masses.
The most often performed work in the twenty-four year history of the Tulsa Oratorio Chorus is Beethoven’s “Choral Symphony”, Symphony No. 9. Similar to Haydn’s Mass in Time of War, innovation is the word that also characterizes this symphony of Ludwig Beethoven, as the composer becomes the first to introduce a chorus and soloists into a symphonic work. This timeless masterpiece is a musical autobiography celebrating the triumph of beauty and order over chaos. This concert presents only the final choral movement of the symphony, which is a masterpiece unto itself build around the “Ode to Joy” theme.