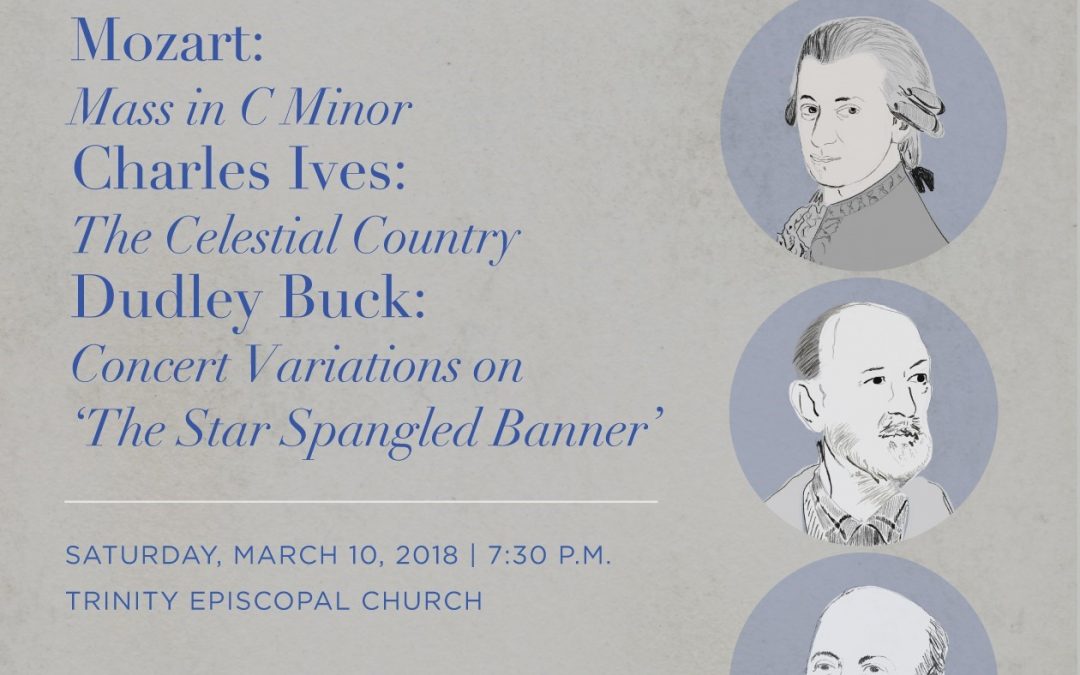 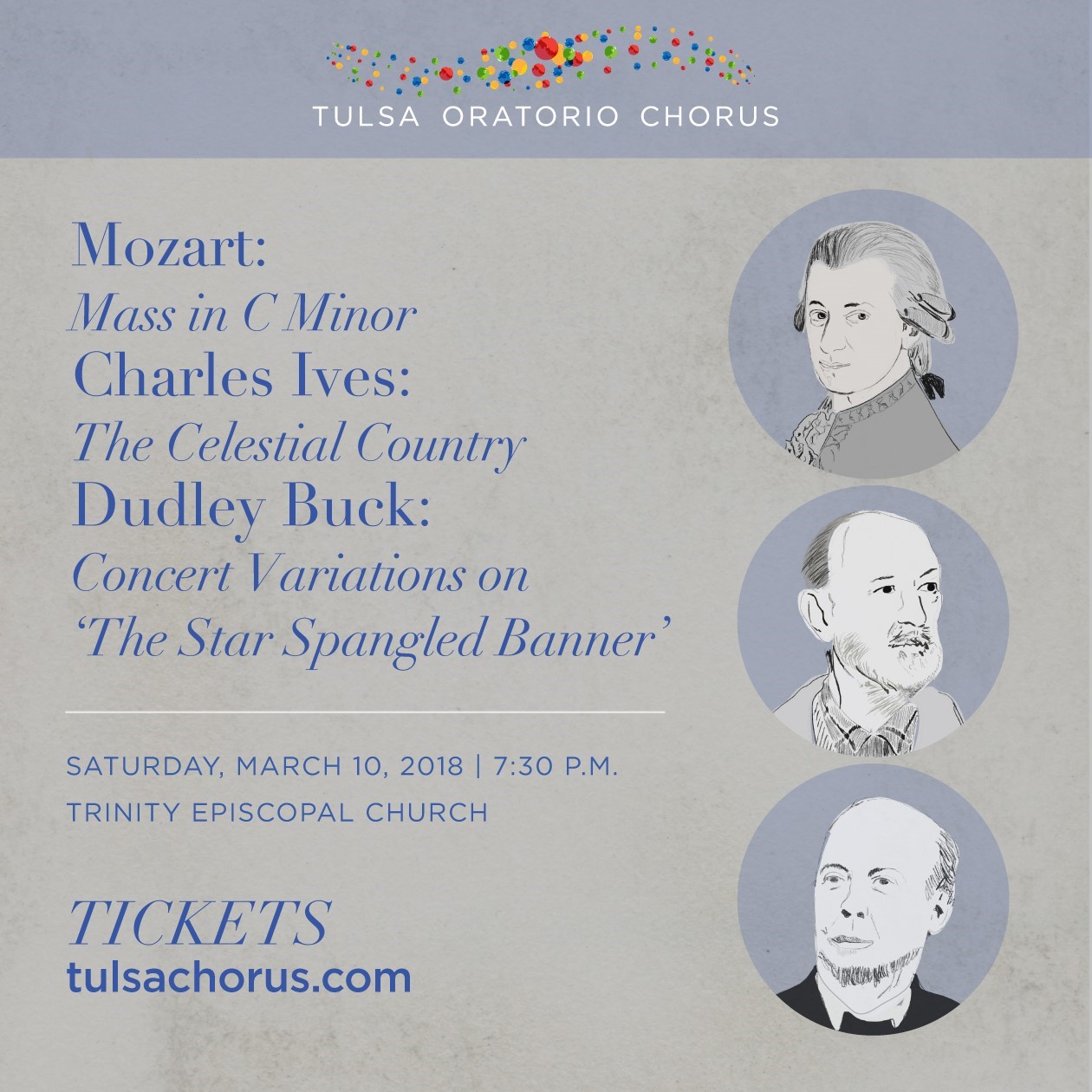 For the final concert in TOC’s season, we present Mozart’s great Mass in c minor, featuring soprano Meray Boustani, Mezzo Soprano Shannon Salyards-Burton, tenor Jeffrey Picon, Bass Kevin Eckard and organist Casey Cantwell. To round-out TOC’s year of an American Salute, we present a rare performance of 20th Century American composer Charles Ives’ The Celestial Country. This was the first professional choral work offered to the public by Ives. Both works will feature the power and beauty of the full chorus with the Tulsa Symphony Orchestra. Casey Cantwell will also be featured on the Buck Concert Variations on “The Star Spangled Banner”.

Dudley Buck (March 10, 1839 – October 6, 1909) was the most popular American choral composer at the turn of the 20th century. He came to New York City to assist Theodore Thomas as director for the New York Philharmonic Orchestra. Buck published several books, most notably the Dictionary of Musical Terms and Influence of the Organ in History. He is best known for his organ composition Concert Variations on the Star-Spangled Banner, Op. 23, which was later arranged into an orchestral version. On the certificate of affiliation for the first musician’s protective union in the United States, the iconic names and images of seven great musicians were affixed to that certificate: Ludwig von Beethoven, Richard Wagner, Wolfgang Amadeus Mozart, Franz Schubert, Felix Mendelssohn, Franz Joseph Haydn, and Dudley Buck. Buck’s arrangements for the Star-Spangled Banner were wildly popular at that time, and the fact that this did not become the official “National Anthem” of the United States until 1931 gives credibility to Buck’s role in popularizing the piece. The three short, a cappella pieces on our concert will be recorded by the Tulsa Oratorio Chorus for a recording to be released on the Naxos label devoted to late 19th century American choral works.

Charles Edward Ives (October 20, 1874 – May 19, 1954) was an American modernist composer. He is one of the first American composers of international renown, although his music was largely ignored during his life, and many of his works went unperformed for years. Over time, he came to be regarded as an “American original”. Ives combined the American popular and church music traditions of his youth with European art music, and was among the first composers to engage in a systematic program of experimental music with musical techniques  foreshadowing many musical innovations of the 20th century. Ives entered Yale University as a composition student of Horatio Parker, and an organ student of Dudley Buck. It was at the end of his student period that Ives composed The Celestial Country for chorus, soloists, organ, and orchestra.

Wolfgang Amadeus Mozart (January, 27 1756 –December 5, 1791) composed his Mass in C minor (Great Mass) K.427/417a, in 1782-83, but similar to his Requiem mass, it remained unfinished at the time of his death.  The large-scale work, a solemn mass, is written for two sopranos, tenor, bass, double chorus, and orchestra. The unfinished portions are in the Credo and Agnus Dei. The Sanctus is partially lost and requires editorial reconstruction. There is a good deal of speculation concerning why the work was left unfinished. Given the absolute necessity of a complete text for liturgical use, it is possible that Mozart spliced in movements from his earlier masses for the premiere. For purposes of modern performances, the edition performed was completed by Mozart scholar H.C. Robbins Landon. Tulsa Oratorio Chorus is performing this work at the Regional Conference of the American Choral Directors Association in Oklahoma City on Friday, March 9, along with the Canterbury Voices of OKC.