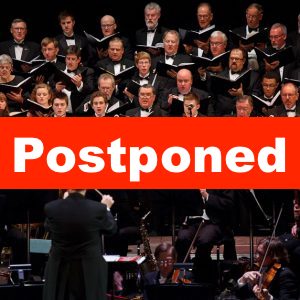 This event has been postponed. Please click here for more information.

Revolutionaries in music are often catalysts into new eras. In the case of Beethoven, while stylistically starting in the Classical style, his innovations launched what we see and hear in music for the next century as the Romantic age. The Beatles did a similar thing 60 years ago, changing the way we listen to music. This concert celebrates these revolutionary musicians then, and now.

Beethoven composed the Mass in C major for a commission from Nikolaus Esterhazy II in 1807.  This work is scored for choir, orchestra, and four vocal soloists, and was premiered that year at the Prince’s court in Eisenstadt. Beethoven performed parts of it the next year along with the premieres of four major works including his Fifth Symphony. The mass was published in 1812 by Breitkopf & Hartel.

The Beatles:
Imagine
Day Tripper
A Hard Day’s Night
Can’t Buy Me Love
Eleanor Rigby
Ticket to Ride
Let it Be
She Loves You
All My Loving
Yesterday
The Long and Winding Road
Sgt. Pepper’s Lonely Hearts Club Band
All You Need is Love
Michelle
I Want to Hold Your Hand
Hey Jude
In My Life

The Beatles were an English rock band formed in Liverpool in 1960. Their personnel comprised of John Lennon, Paul McCartney, George Harrison, and Ringo Starr. Together they are regarded as the most influential band of all time and reshaped the way the world looked at popular music.

Enter the Cascia Hall campus through the main entrance off Utica Ave. The Performing Arts Center and parking for it will be straight ahead at the end of the drive.