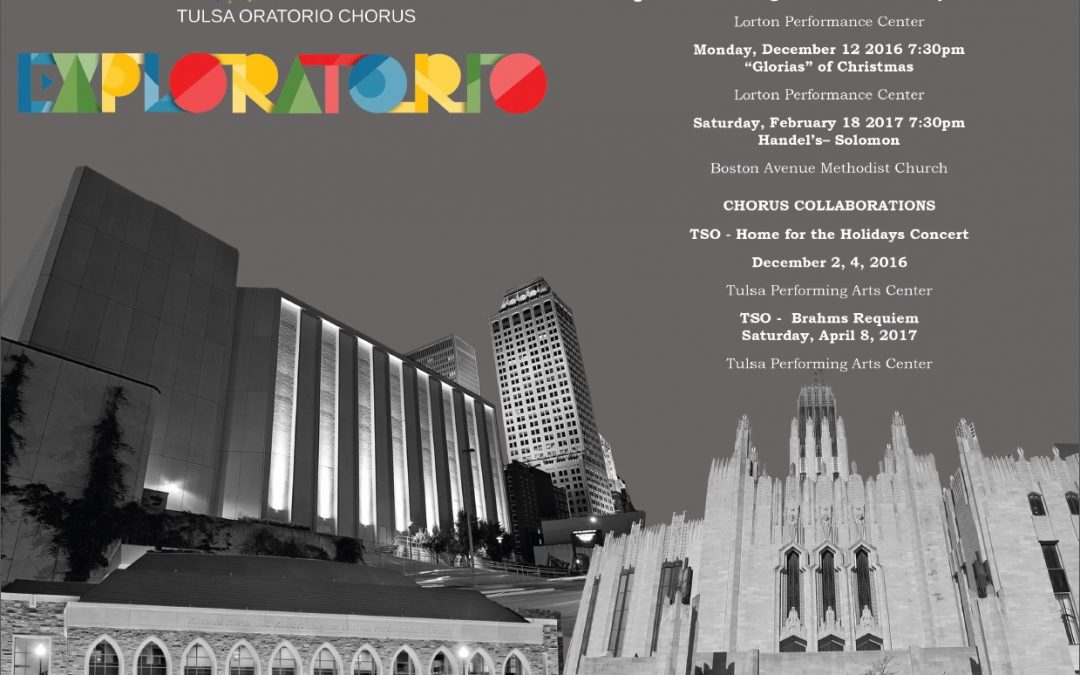 High Lonesome Bluegrass Mass: Come Away to the Skies

by Wes Ramsay and Tim Sharp

The choral sound of bluegrass, shape note singing, and gospel music combine in this choral celebration of the music of Appalachia and early America. This concert features the bluegrass mass of TOC’s own Tim Sharp, along with the newly commissioned Dear Appalachia by Timothy Powell, and additional gospel music settings.

by Antonio Vivaldi and Francis Poulenc

Justifiably one of Vivaldi’s best-known works, Gloria was only rediscovered well into the 20th century but has quickly become a worldwide seasonal favorite. It is a sumptuous and exciting choral/orchestral experience. Francis Poulenc’s composition of the same Gloria text pays tribute to Vivaldi’s rhythms, but in an entirely different, but still exciting, tonal and rhythmic language. These two works celebrate the season with vocal fireworks and Christmas color.

One of Handel’s lesser-known oratorios, the double-chorus Samson is exceptionally rich in musical beauty, with dramatic expressions of faith, love, goodness, and humanity. Of Handel’s many oratorios, the composer Felix Mendelssohn was particularly devoted to Solomon. You will see and hear why in this rare performance.

A work of great humanity and hope, Brahms’ A German Requiem stands as one of the greatest monuments of all choral/symphonic composition. This is a requiem for the living; a personal statement by the composer of inspiration and blessedness. This choral masterpiece explores the depths of consolation and celebrates the heights of joy.